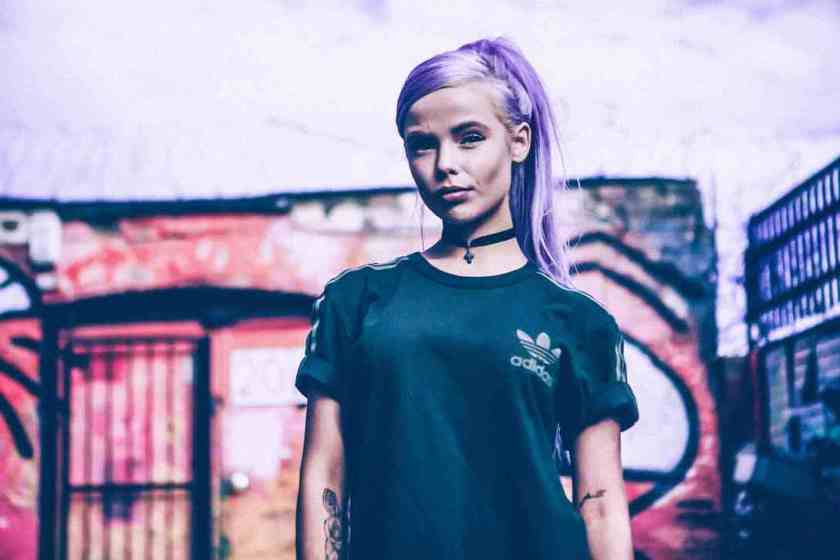 Brooklyn has released the brand new video for her single ‘Cupid’ and it’s jam packed with vibrant cinematic visuals. Set on the urban London backdrop, the lavender haired songstress sees her relationship unravel in front of her eyes in an edgy and emphatic visual.Already being tipped for big things in 2017, Brooklyn has found a wealth of support online seeing her Instagram profile sore to almost 20,000 followers. The discovery of new talent not only applies to fans but also to the platforms that have flooded to support her since releasing the audio for ‘Cupid’.

The track paints a picture of the vulnerability of love and she’s gathered the strength to right the wrongs and learn from her mistakes. Capturing the heart of London as the video’s backdrop, Brooklyn strolls around the urban landscape, as she begins to suss out some lies.
Echoing a solid influence of R’n’B, Grime and Hip-Hop, the 21-year-old combines her strong soulful vocals with a captivating eclectic blend of tantalising instrumentals to form the song Cupid. Brooklyn’s vibrancy not only shines through her music, it’s expressed through her appearance as she isn’t afraid to experiment with colour.
Her enchanting voice, is packed into her a petite frame, don’t let her youthful look distract you as she has a voice that surpasses her years. Brooklyn’s previous release, which was the video for ‘Hold Up’ a remake of Neneh Cherry’s classic ‘Buffalo Stance’ racked up over half a million views and the support it received pays testament the great fanbase she has.
Press release courtesy of: Ten Letter.
Watch the video here:
https://youtu.be/4AuJapGEOv8

DJ Myme is a Turntablist, DJ Tutor, Party Rocker, Mix Cd DJ, Radio presenter, a life long music fan and all round positive guy. I was pretty much born and bred on music. Everything from Soul, Jazz, Classical, Rock, Pop you name it, it was on the stereo when I was growing up. I got into HipHop in 93/94 and the rest as they say is history! From a long haired skateboard kid growing up in Glastonbury, via Edinburgh for a few years. Now making moves in London for the last ten years and counting. My journey has been fuelled by music. I have been DJ'ing for the best part of ten years, starting of as a DMC battle DJ after smashing my way through the Scottish DMC finals, through to the London DMC finals. I turned my hand to mix cds, then radio, as well as tearing up dance floors from Edinburgh to London town then back again. Sharing the stage with everyone from Trevor Nelson to Cutmaster Swift along the way. I have passed my knowledge and skills on as a DJ tutor and I was the scratch DJ for Sky Sports, for their weekly football show "Premier League Preview". My blog here is to keep you up to date with the latest news from the urban world, reviews, write ups, features. As well as positive, mindful blogs, tell a friend to tell a friend. Beats, Rhymes and Life. Peace, Peace DJ Myme. View all posts by DJ Myme